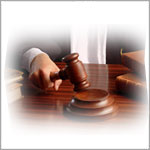 To most mothers, learning their child has been sexually abused is among their worst nightmares. And being unable to stop the abuse
despite almost sixteen years of effort, and being robbed of almost all contact with that child is a nightmare most can’t comprehend.

This nightmare became real for Maralee McLean, and her book “Prosecuted but not Silenced” details it. The entire narrative of “protective mothers”- mothers who have to share custody of their children with dangerous, abusive men- defies belief, just because it seems too wrong to happen in our “civilized” society. People with background knowledge of the plight of protective mothers will recognize many themes of Maralee’s story- woman falls in love with a “nice guy” who turns violent, uses the divorce to unleash a previously unimaginable level of cruelty and violence, and a court system so blinded to this evil and to the needs of children they facilitate it. But for those who still find Maralee’s story beyond belief, there is almost a hundred pages of appendices providing the actual documentation mentioned in the chapters of the book, as well as background on issue.

In some ways, this book is the strongest testimony to the mother-child bond I’ve ever read. It’s also a testimony to why that bond should not be broken capriciously, and why a system that does cannot be tolerated. This book deals with how our society is willing to sacrifice children on an altar of egos and ideologies. And it illustrates why that must stop. 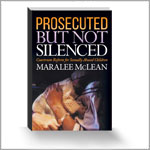 In Prosecuted but Not Silenced:
Courtroom Reform for Sexually Abused Children, Maralee McLean shares her legal journey to protect her daughter from her ex-husband’s alleged sexual abuse. She faced barriers at every turn and her ex-husband ultimately won custody. Her efforts to seek justice produced outcomes that would make many protective mothers question whether to travel her path. Changing the legal landscape motivated her to write her book. CLP caught up with Ms. McLean in the following interview.

Why did you decide to write your book?
I wanted to make a difference for those working in the fields of domestic violence, child abuse, or child trauma so that such maltreatment would not continue. I wanted to open the eyes of the legal system to mothers “trapped’” in similar situations. I also wanted to make the public aware of the tragedy taking place in our courts and to make a difference in saving other children
and protective mothers. After experiencing the system fail time and time again despite evidence of abuse; hearing my daughter’s cries for help hearing after hearing; enduring year after year of the abuse not being heard; and finally becoming
financially depleted, I began to realize a main problem was lack of education and training among professionals handling these cases.
Complete Article 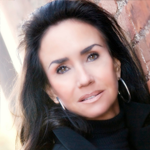 MARALEE  MCLEAN is a child advocate, protective parent, domestic violence expert, professional speaker, and author of PROSECUTED BUT NOT SILENCED: Courtroom Reform for Sexually Abused Children. Maralee has written several articles for the ABA Child Law Journal, Women’s E-New and other publications on the problems of family courts not protecting abused children. Maralee is with Women’s Media Center (WMC), SheSourceExpert, NPEIV (National Partnership to End Interpersonal Violence) and is with RAINN speaker bureau, All American Speakers. She presents at conferences, law schools and is a spokesperson for protective mothers.  Her passion for advocacy developed through living a mother’s worst nightmare. Fighting the system with body and soul, she gained the insight that this was not her nightmare alone. She organized a National Rally of Mothers at the Colorado State Capitol and has been involved in legislative work that spans over two decades.  She testified before Congress to promote judicial accountability to better protect sexually abused children’s rights in our courts. Maralee’s story has been covered by many media outlets and internationally on CNN.

Let Me Know How I Can Assist You

To Schedule a Speaking Engagement