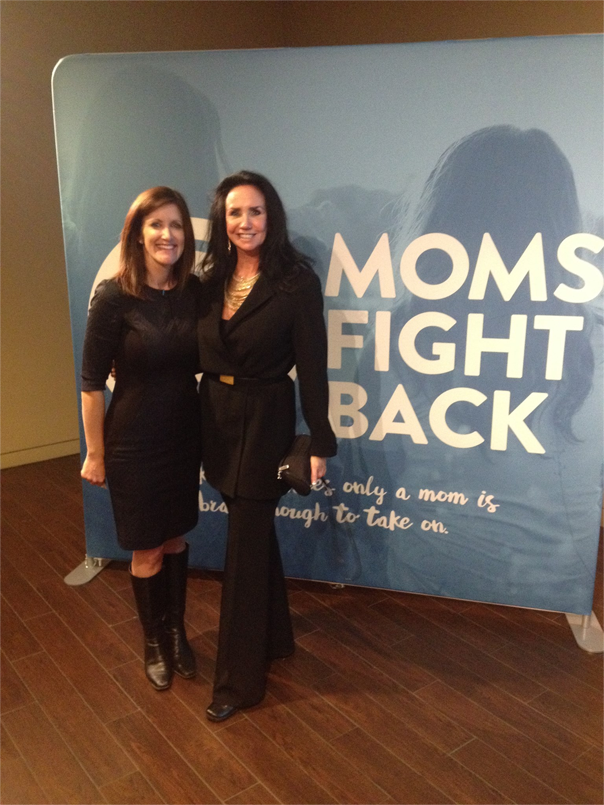 In prosecuted but Not Silenced: Courtroom Reform for Sexually Abused Children,  Maralee McLean shares her legal journey to protect her daughter from her ex-husband’s alleged sexual abuse. She faced barriers at every turn and her ex-husband ultimately won custody. Her efforts to seek justice produced outcomes that would make many protective mothers question whether to travel her path. Changing the legal landscape motivated her to write her book.

By writing this book I wanted to make a difference for those working in the fields of domestic violence, child abuse, or child trauma so that maltreatment would not continue. I wanted to open the eyes of the legal system to mothers “trapped” in similar situations. I also wanted to make the public aware of the tragedy that is taking place in our courts and to make a difference in saving other children and protective mothers. When an alleged abuser wins custody and a safe, protective mother who is the primary attachment figure is limited to supervised visits, no visitation or parental rights terminated, it is an outcome that creates a reaction of disbelief for the media and the public, but sadly, is very common.

After experiencing the system fail time and time again, despite irrefutable evidence of abuse, hearing after hearing, enduring year after year of the child abuse not being admitted into the court record and finally becoming financially depleted, I began to realize a main problem was lack of education and training among professionals handling these cases.

There are thousands of these cases in our courts in every state and internationally with the same outcome as mine.  The failure of various systems when child sexual abuse is reported and how these cases get turned against protective parents in family court illustrates a catch-22 situation. Mothers who report sexual abuse nearly always lose custody. Research shows children are placed in full or partial custody of their identified sexual abuser 90% of the time. [i]Unfortunately many judges, attorneys, and mental health professionals do not understand the overlap of domestic violence and child abuse.

When a child resists going with the abuser and the mother asks for protection from family (divorce) court, the mother is labeled as dangerous and is considered to be alienating the child from the abuser. The “Parental Alienation Syndrome” is relied on heavily although it isn’t approved by the American Medical Association or the American Psychological Association, and is considered “junk science” that should not be allowed in the court. Yet PAS is routinely applied. Research shows that in family courts, false allegations of child sexual abuse are rare. The allegations occur in approximately two percent of custody and visitation disputes, and most are substantiated.[ii] Family Court judges may not understand evidence that is essential to correct decision making. Incorrect family court decisions will have damaging effects, either by subjecting the child to continued abuse and/or by depriving the child of a relationship with the non-abusive parent.

According to another important study [iii] on child custody and domestic violence by Dr. Daniel Saunders, “the attitudes and knowledge of evaluators are critical to making decisions in child custody cases involving domestic abuse.”  Most of these cases involve domestic violence. No child should be placed in unsupervised visits with a domestic violence abuser against a child’s will. Children need safe homes and need to have their constitutional rights protected. Giving an abuser control over the mother and the child is the ultimate act of revicitimization. The mother is treated as a criminal with the loss of the children she is trying to protect. Her relationship with her child often reduced to supervised visits, the court order sometimes lasts for years even though she is not the abusive parent.  Protective mothers have been jailed, subjected to gag orders, depleted financially, and ordered to pay child support and all court costs. Finally she may experience a de facto termination of her parental rights when the courts disallow visits.

My book is a case study. It includes legal documents to educate professionals, along with information on research studies, and my documentation of proof: police reports, doctor reports, hospital reports, judge’s orders, etc. My hope is that professionals will seek training and not turn away. Attorney Richard Ducote said it well, “We need to disinfect these trusted institutions. Many family courts accept and embrace as “infallible” flawed “evidence” and “experts” who would be rejected outright in other courtrooms based on constitutional law, rules of evidence, and judicial procedure.”

New measures must be taken. Most important are to: (1) not be so quick to ignore abuse allegations and assume it is a vindictive ex- wife:  (2) listen to the children: (3) educate and understand these case as domestic violence and child abuse case, not “high conflict” cases. (4) Accountability for judges and professionals who need continuing education in child sexual abuse and domestic violence. (5) Ensure “safety first” of the child, (6) Discontinue use of Parental Alienation Syndrome (7) Child sexual abuse is a criminal matter not a custody issue…

For more information and to order the book, www.mmclean.tateauthor.com